Are you an E-Blast Insider?

Check out with PayPal. 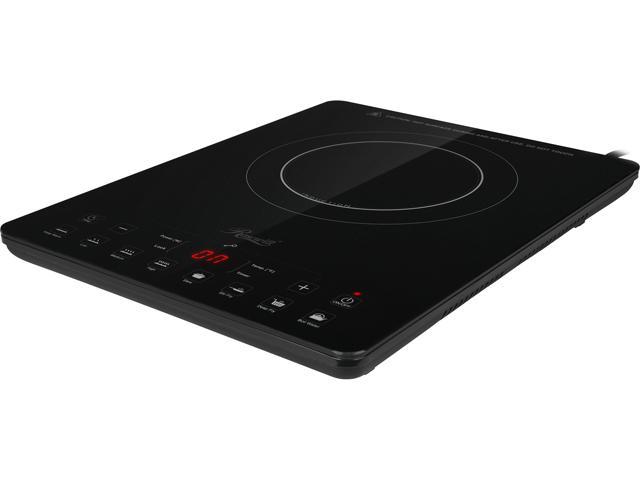 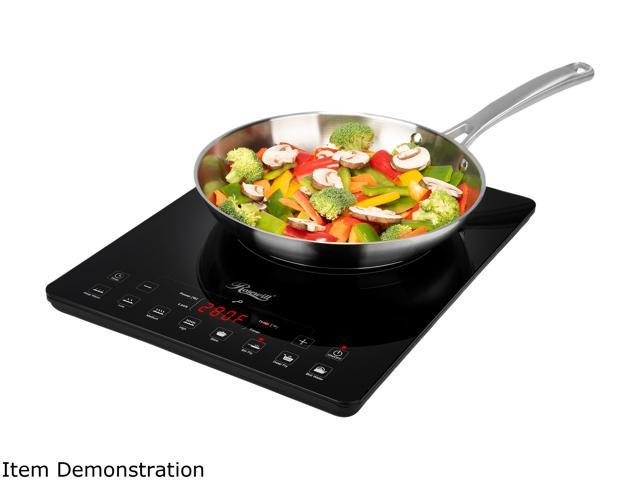 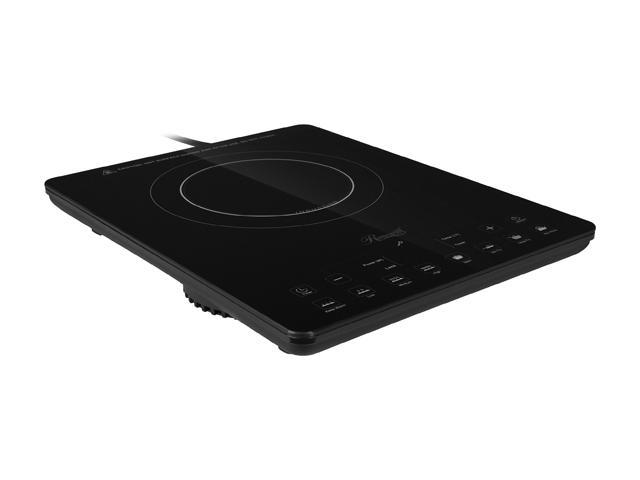 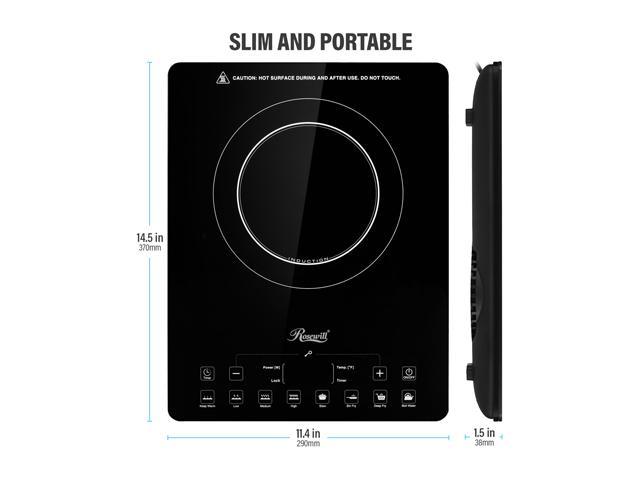 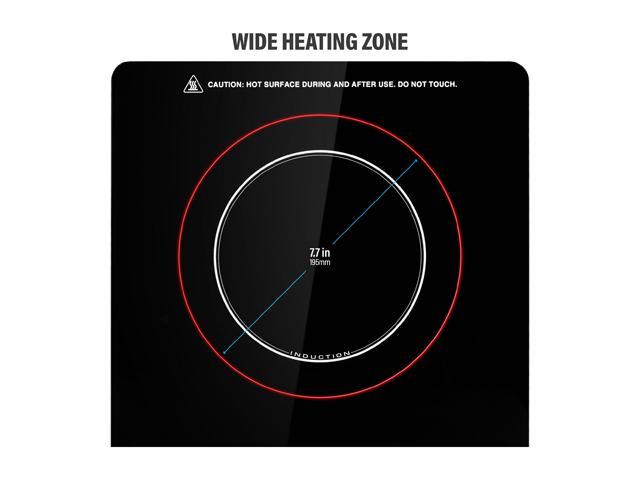 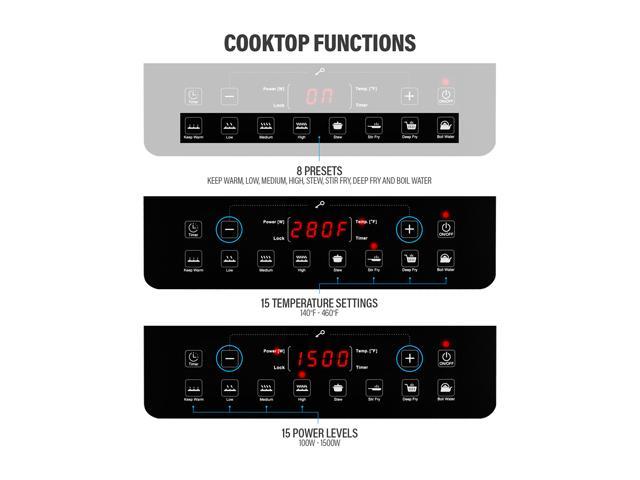 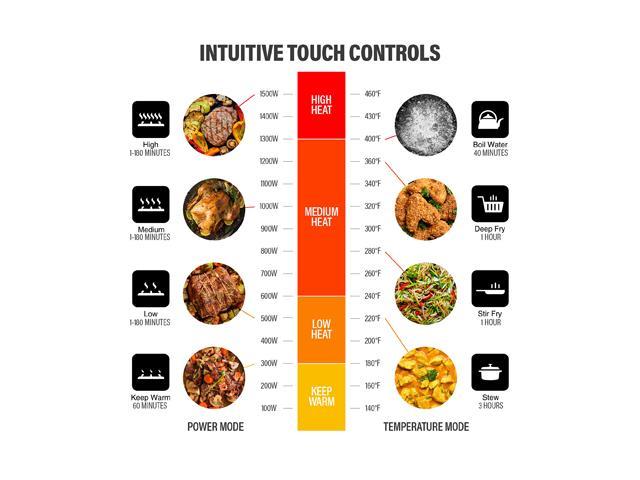 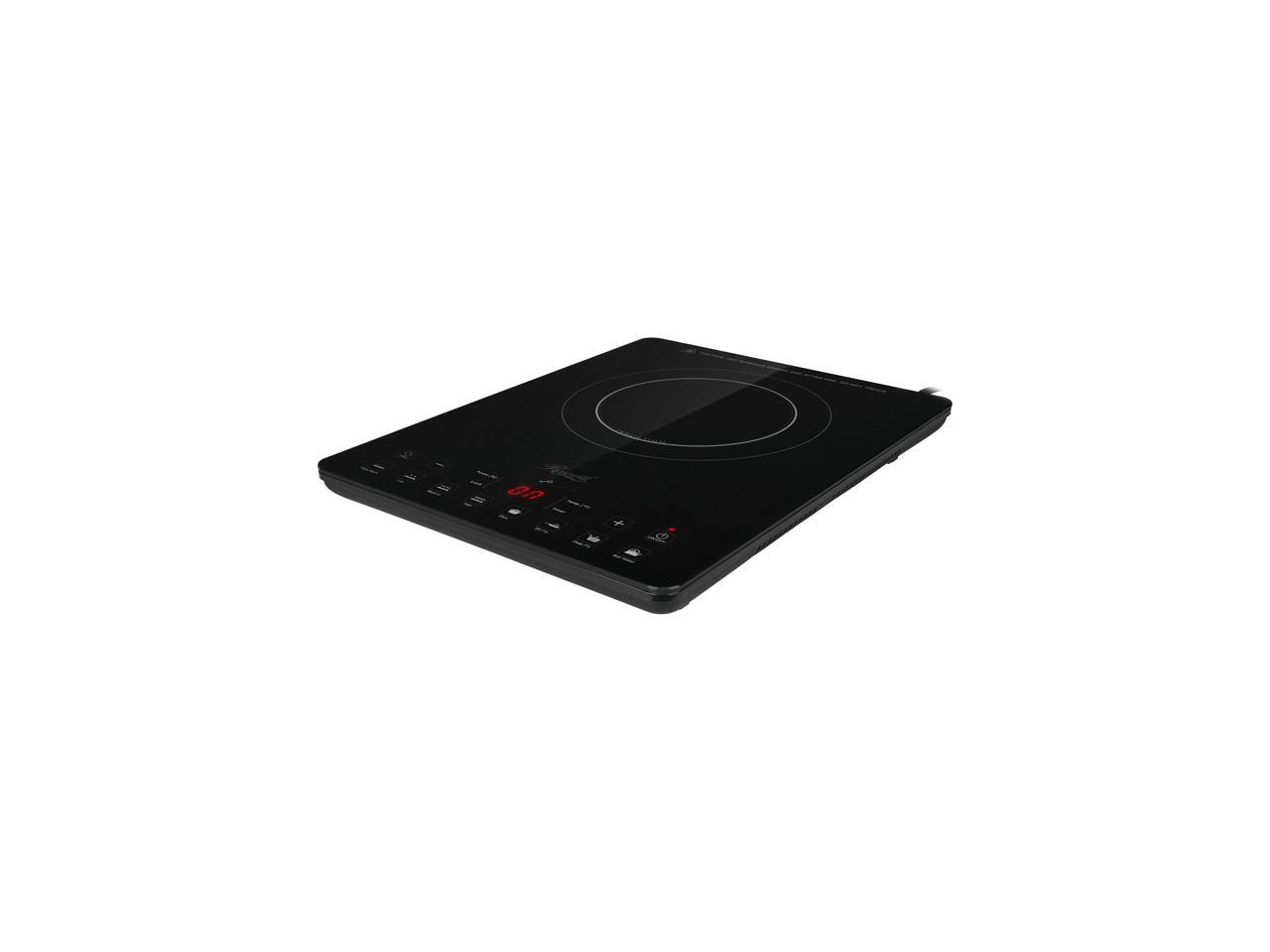 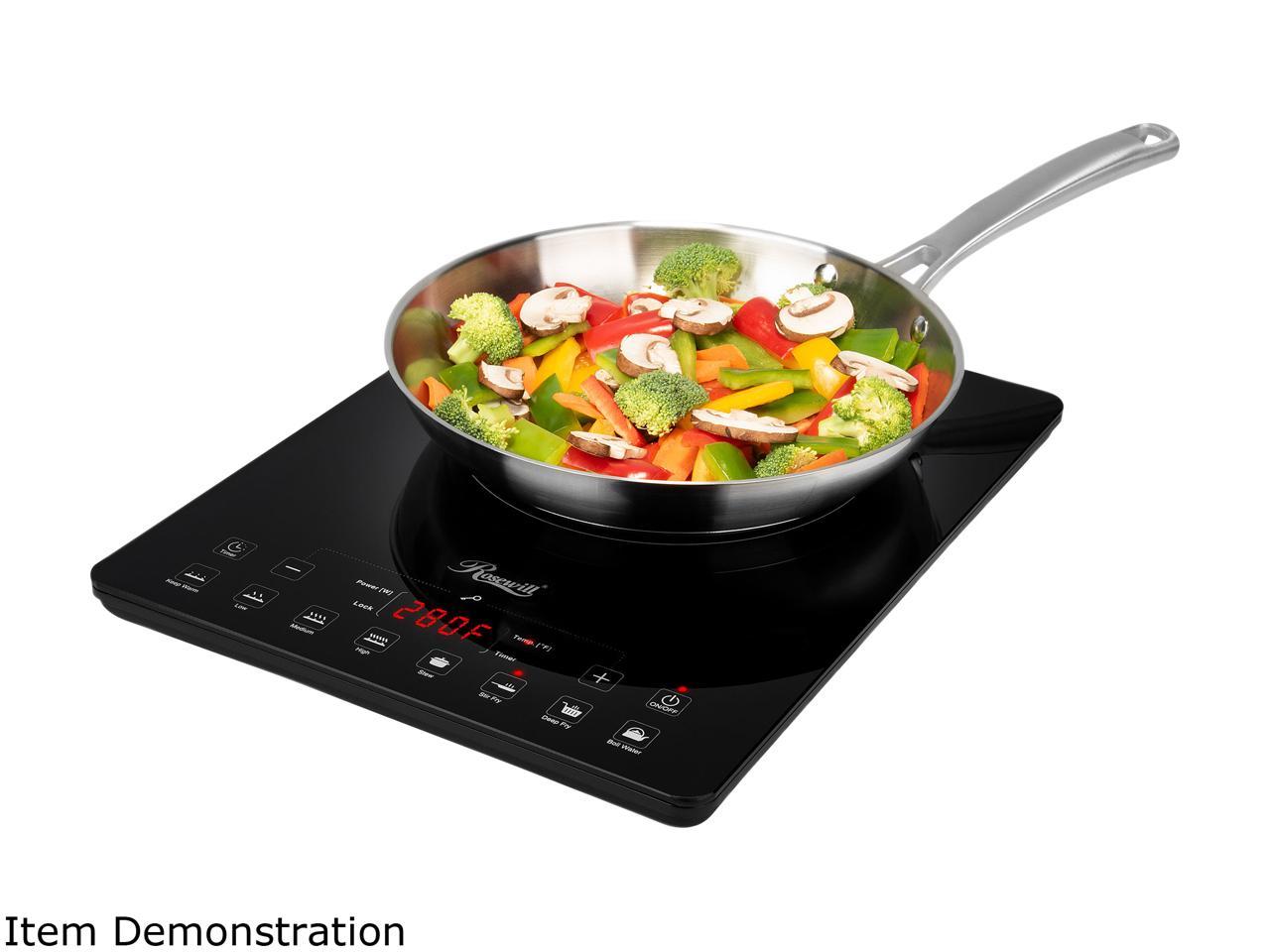 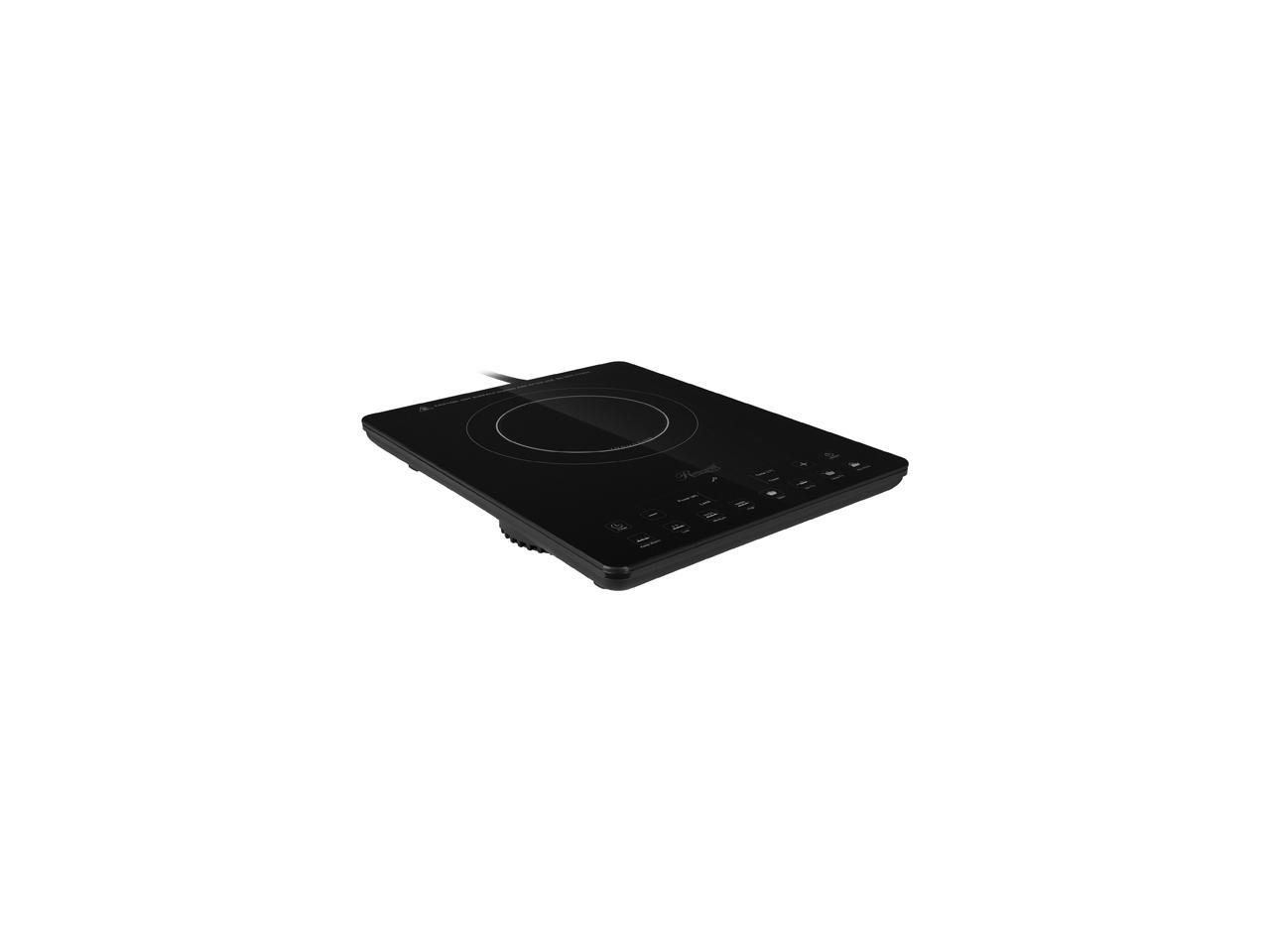 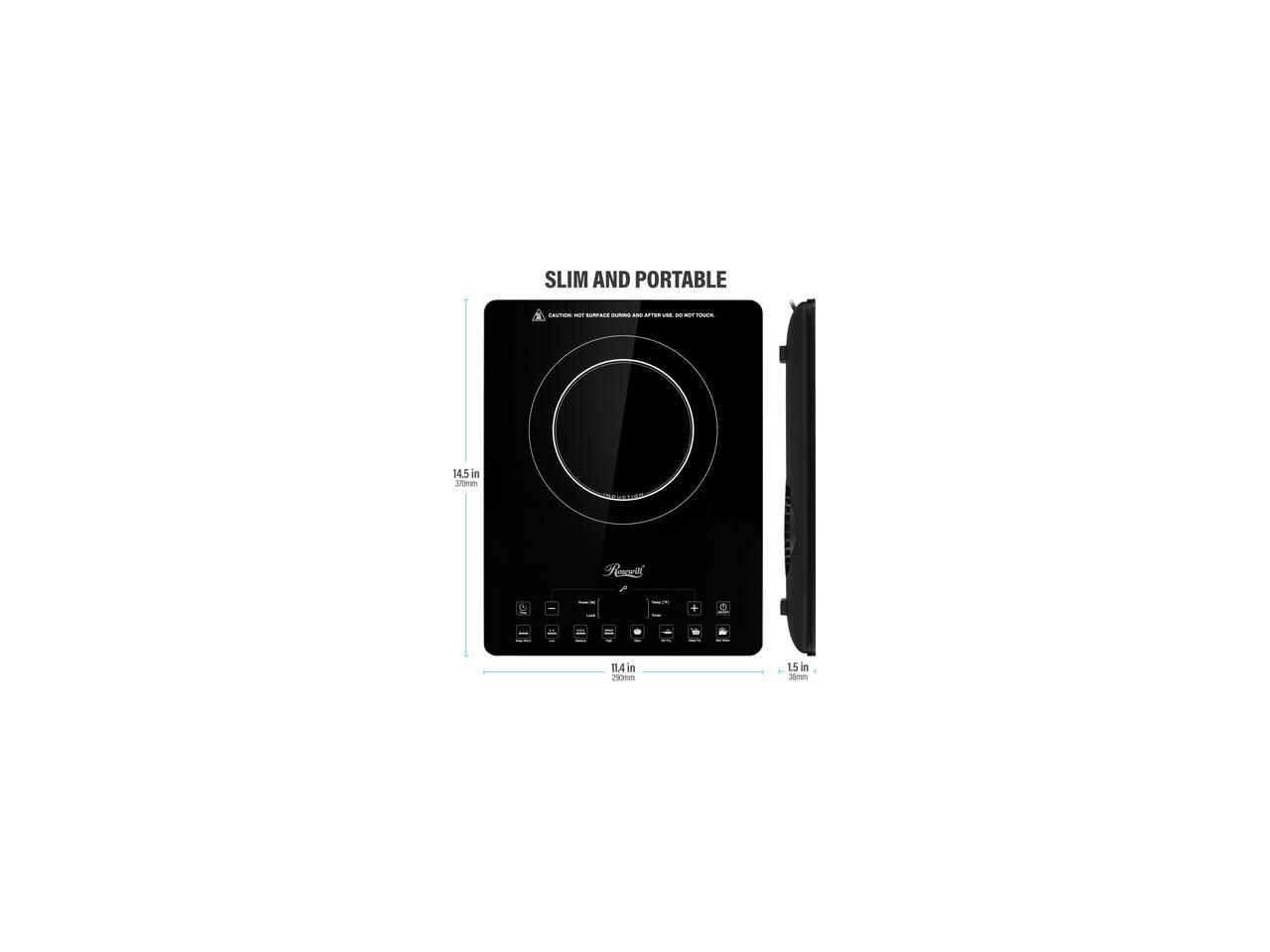 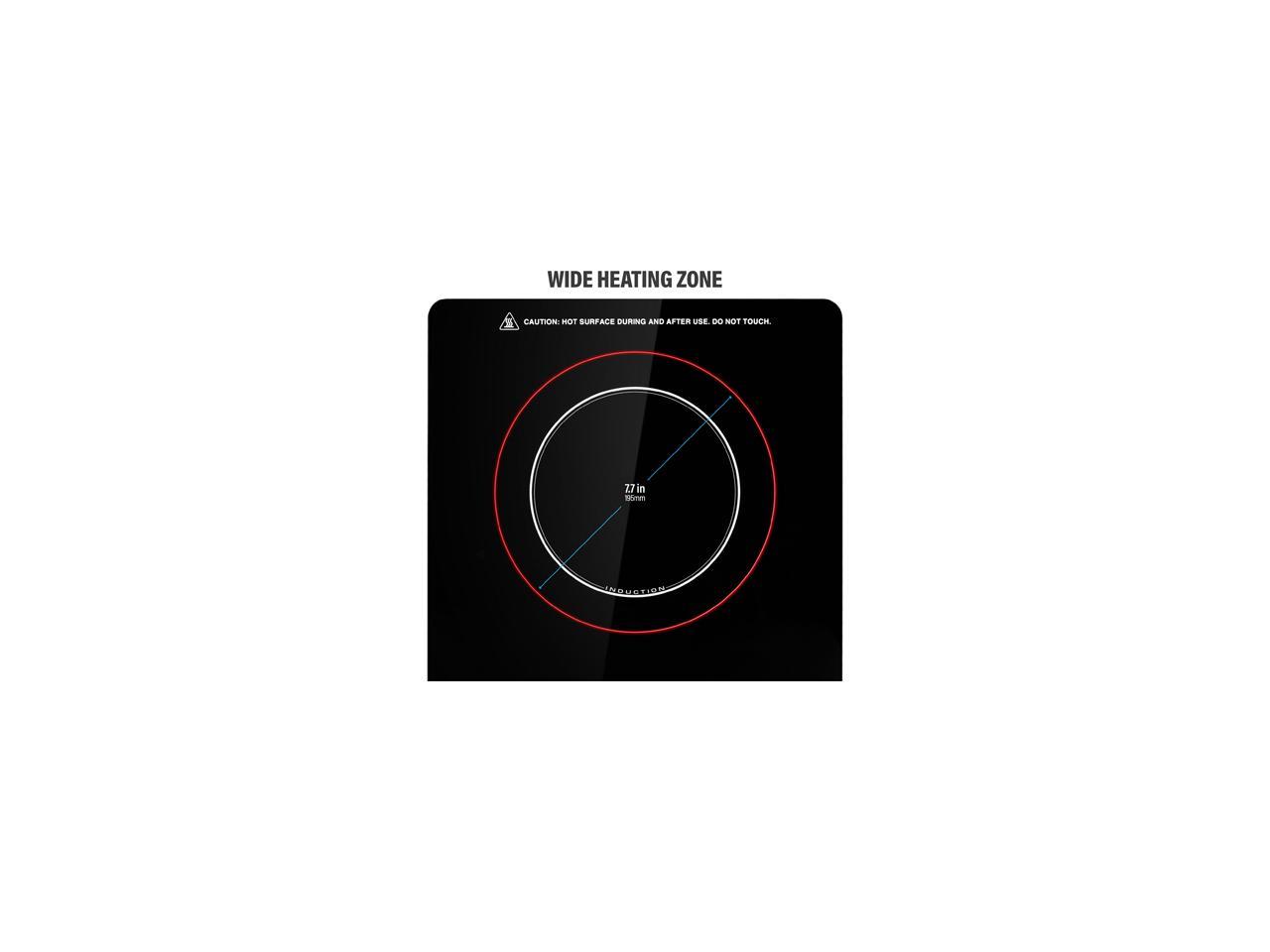 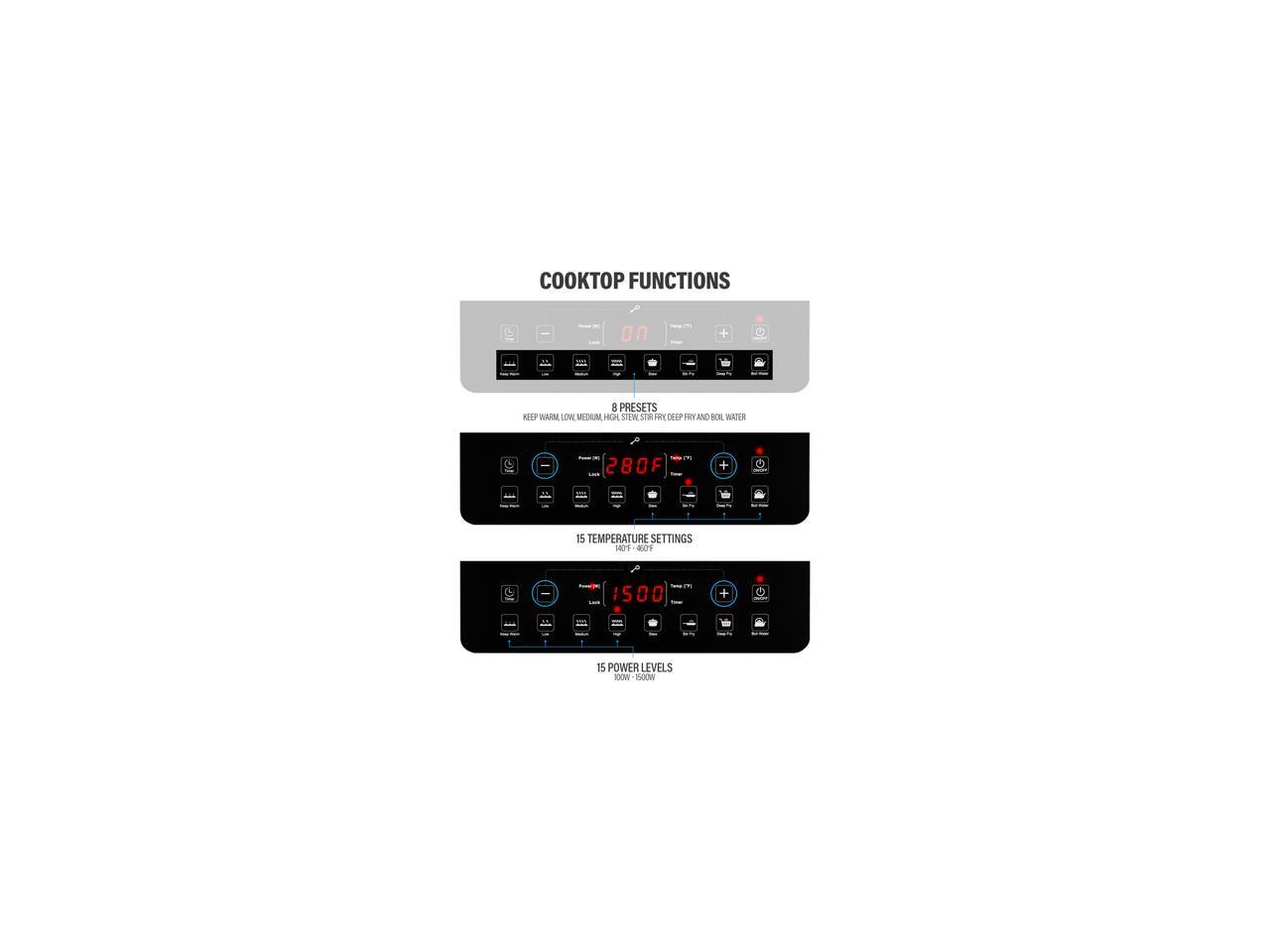 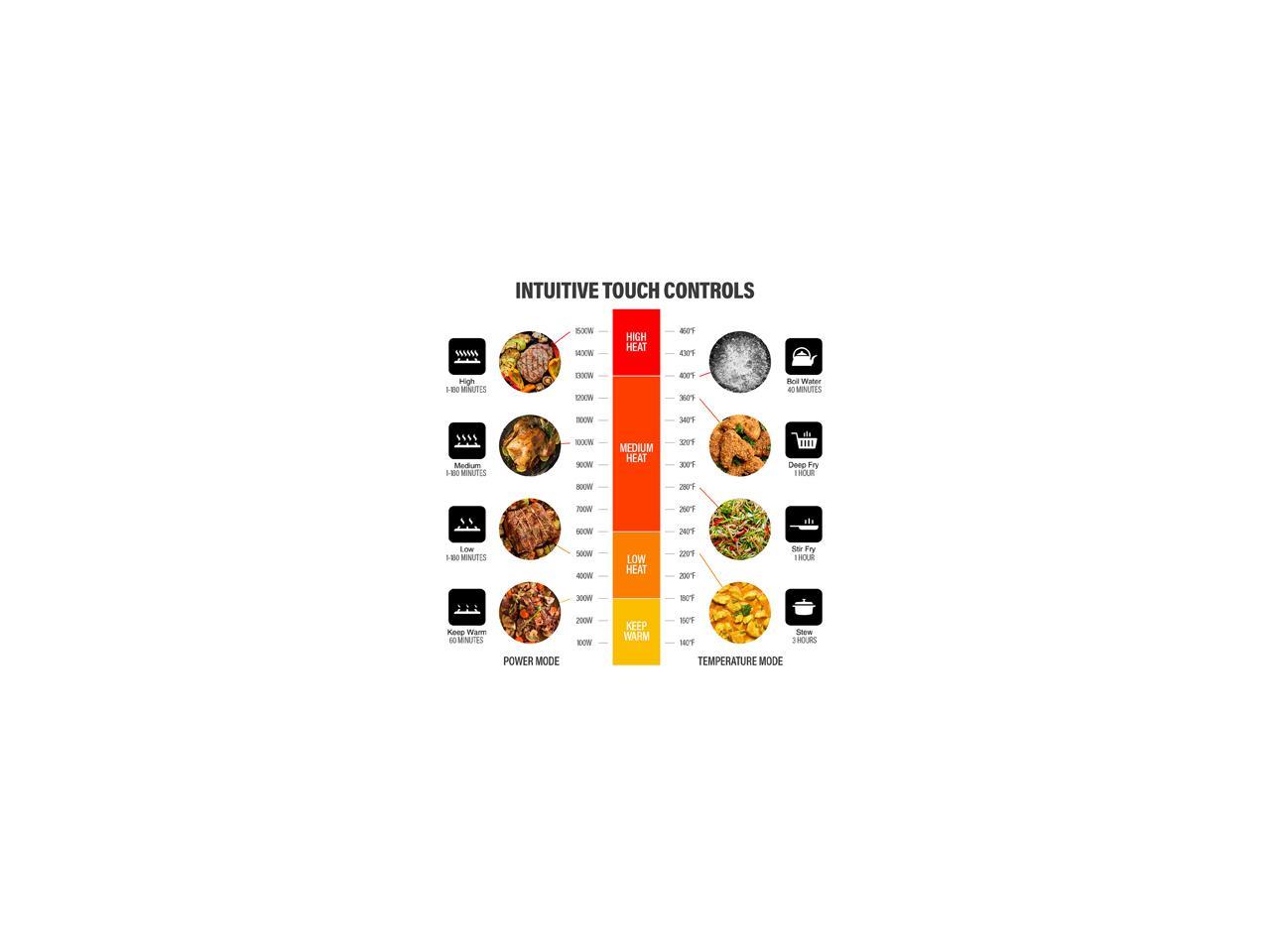 Compact, lightweight and great for an extra burner in the kitchen, outdoor use, camping and more.

Supports induction compatible pots and pans up to 11 inches in diameter.

Pros: - Timer starts at 0, so it's easy to add a few minutes instead of holding it down until it rolls over. - Goes down to 100 watts on duty-cycle, so it's good enough to sous-vide. - Fan is a little quieter than the outgoing model. - Instant heat on and off, like gas. - Despite being rated at 1500 W max, it boils water about as fast as my 1800 W unit. It took about two minutes for three cups of water, and they both reached a boil at nearly the same time. A proper 1500 W kettle would beat both, though, if you need speed.

Cons: - The programming could be improved. It could keep the fan slower and quieter if it wasn't as hot, for instance. - When I'm cleaning it, a damp cloth will activate all the buttons. This is where I'd like the fan to realize it's not hot.

Overall Review: I've been using the 16001 (https://www.newegg.ca/p/N82E16896268111) almost exclusively for the last couple years. This one is slightly wider and deeper, but is nearly half as tall. The fan sounds a little better, and the top is now all one surface instead of having that plastic spacer near the front that would inevitably be melted by a hot pan. The last model could go down to 700 watts before it started to cycle on and off, and it would only be able to get down to 300 watts with cycling. This one can go as low as 500 watts without cycling, and can reach 100 watts. This will actually hold the water at a specific temperature perfect for sous-vide cooking. (It will still need some manual adjustments, but it's a whole lot easier than trying to do it at 300 watts, which was enough to eventually heat the water to a rolling boil). Something about the sound as it clicks on and off sounds cheaper than the last model. It also has a greater tendency to squeal at the higher powers, though that subsides once you get it seated right. The pot also vibrates slightly, about as much as the last model. The LEDs are all below the top ceramic instead of having their own little windows. That makes the look cleaner, but it gives them an interesting hexagonal rippled appearance. Still readable, so I like it. 9/10, would use four of these to make a $320 knock-off induction stovetop range.

Pros: - Lightweight and portable - Easy to clean - Heats well, and from what I can tell evenly

Overall Review: My coworkers and I use this in our "break room" every day for lunch (typically a wok stir fry). After one week of use it has been great!

Pros: This product is extremely easy to use. If you are curious about getting into induction this is a great affordable product to test the waters. The surface and construction is sturdy and it's very easy to clean. The entire surface is glass, no weird buttons to smush-in over time. The two prong plug also works in any outlet and its portability is fantastic. I let my dads borrow it and they loved it so much they bought an induction cooktop as well! The fact that induction is electric but still works like a gas range is what really makes this worth it. You turn off the heat and its instantly OFF! This has made switching to an electric option in our apartment really worth it. I also no longer have our netatmo sending me notifications about the rising CO2 levels in the house during the winter with our windows closed. Definitely an improvement for our indoor air quality!

Cons: When plugging in the unit it potentially might spark a little from the outlet end. I am not quite sure why it does this, but I haven't had any issues. The only other thing is that the display will switch between temperature and wattage, I still need to figure out how to switch between the two, because its a little confusing at first.

Overall Review: Overall I would definitely recommend this induction cooktop for someone who is looking into getting into induction cooking. It's a good size, easily transported using a reusable grocery bag. The price point and low-profile is what really sold me on this unit. The simple buttons having a low, medium, high settings really made it basic enough for me to start using it. My wife still thinks its dark magic with how it works, it really is magical to have it quickly heat up and the surrounding areas are still cool to the touch! I definitely feel safer knowing this cooktop won't burn my little niece when she comes over to visit us. This cooktop is a win-win for everyone! Buy one today and start trying out the miracle that is induction cooking!

Cons: Cast iron pan does not heat even.

Overall Review: It makes a nice addition burner. I would buy again.

Cons: I haven't found any except the fact cookware must be magnetic for all induction cooktops.

Overall Review: I've never used one of these before. I was pleasantly surprised. 1500W max is more than enough for everything I do on it. This one may not be the one for you if you have a normal roomy countertop and a devoted AC socket; there may be a step up for that scenario. This one is perfect for me.

Overall Review: Glass surface is easy to clean, the controls are easy to use, and it's light enough to stow away when not in use. The quality appears to be high

Pros: Durability - I have used this cooktop every day for 18 months and it's still working fine. Easy to Clean - The flat glass surface is really easy to clean. Cooks Fast - Heat is immediate when using the proper cookware. Lock Function - much better than the prior versions

Overall Review: I use this cooktop to warm up pre-cooked food and to steam my vegetables every day. It is very dependable, efficient and safe. I delayed writing a review to see how durable this version was and it has proved to be working well beyond my expectations. I especially like how safe this type of cooktop is compared to the open flame of gas or the heated surfaces created by electricity. Absolutely no chance of catching things on fire outside of the cookware. I do have minor quibbles with the Control Panel Indicator Lights and the volume of the "cooking done" signal, but other than that, I'm very happy.

Pros: Its safe and easy.

Did you find this review helpful??